We are finally prepared....or at least the kids are. 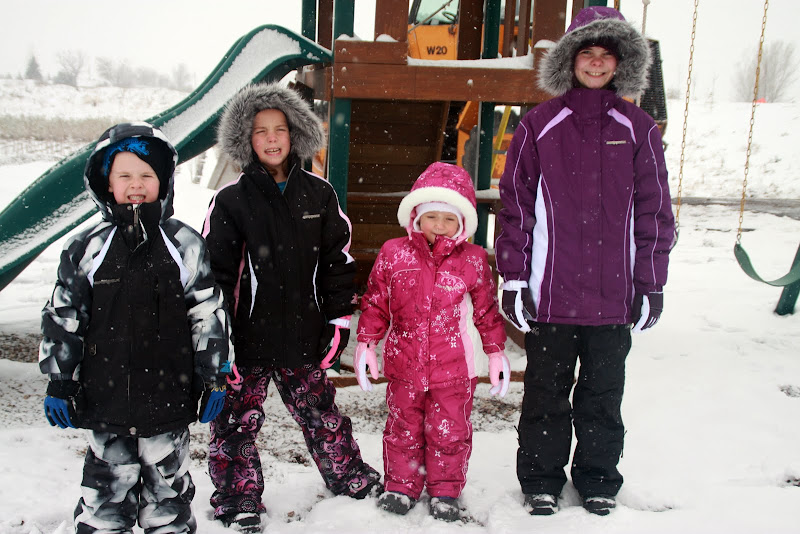 Jacob and I decided to be prepared financially and get the kids snow gear so they could play out in the snow this year without freezing after 10 minutes. I think I could count the number of times they played outside last year on two hands, maybe even one. 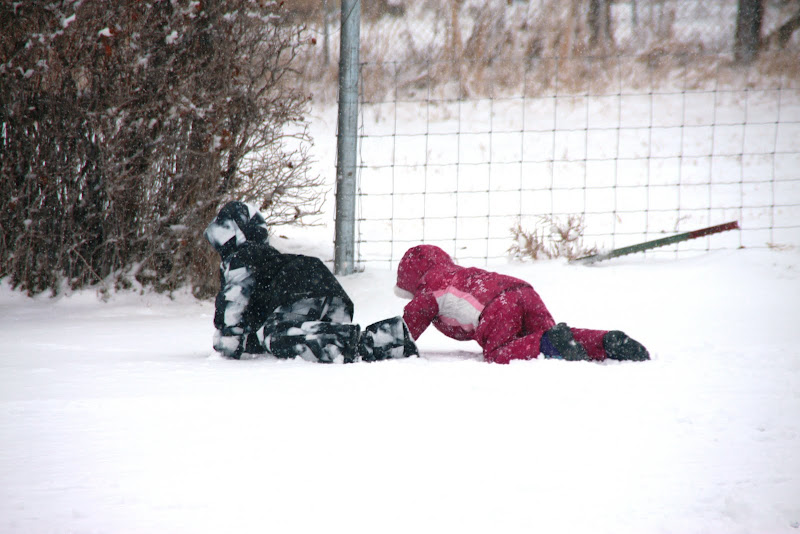 Cruz and Katanya decided to play kittens. We are now down to eight on that count. The last couple of weeks haven't been car friendly to them. 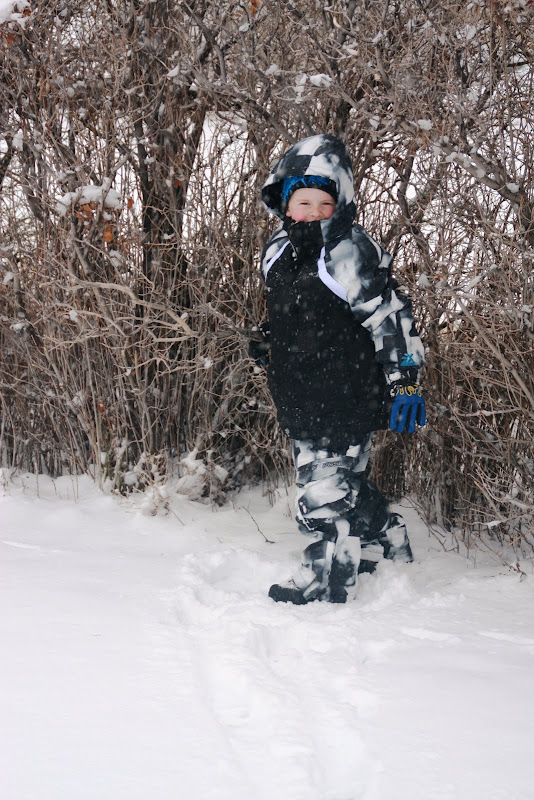 Cruz was actually the first one in. I would have to say that his gear is one my favorites. 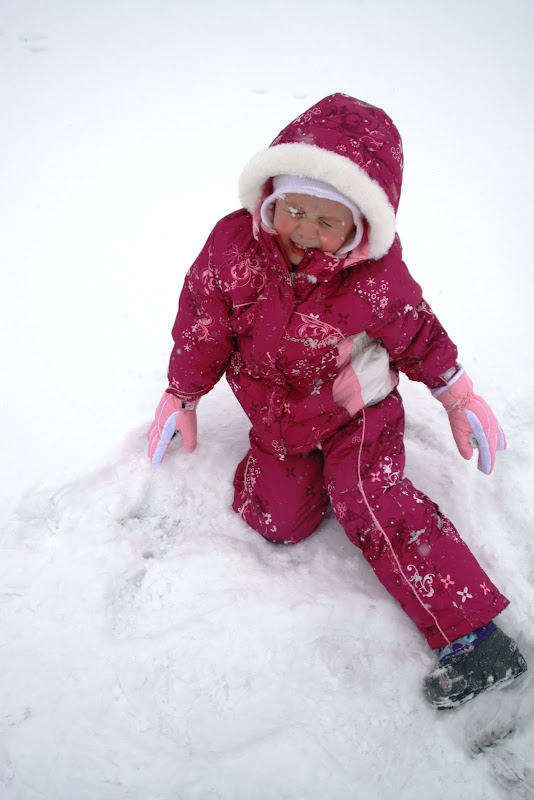 I found Katanya next on the stairs laying down saying she was ready. 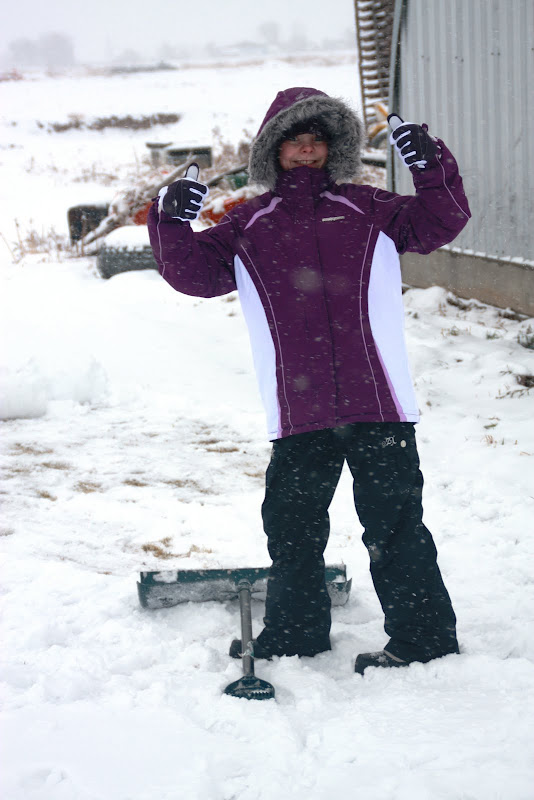 McKay and Kirsten made it the longest. Their goal is to build a big fort. This will be a couple days in the making. 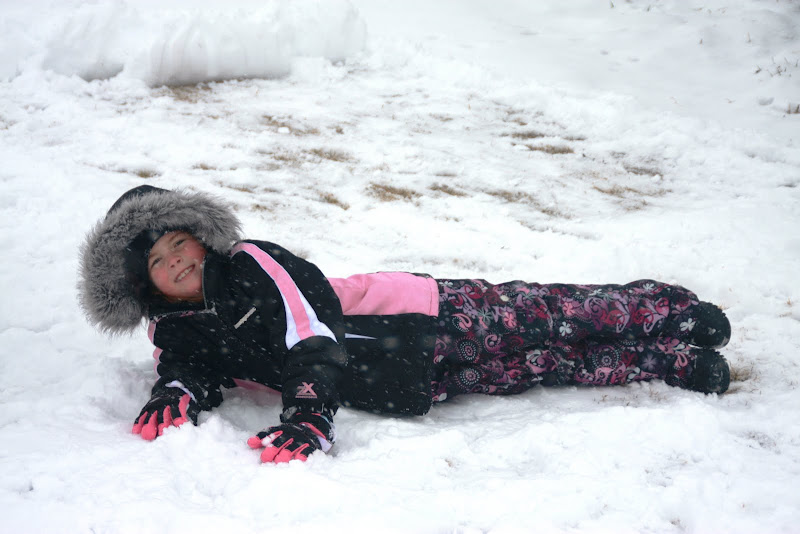 The kids each picked their outfits and actually coordinated them pretty well. 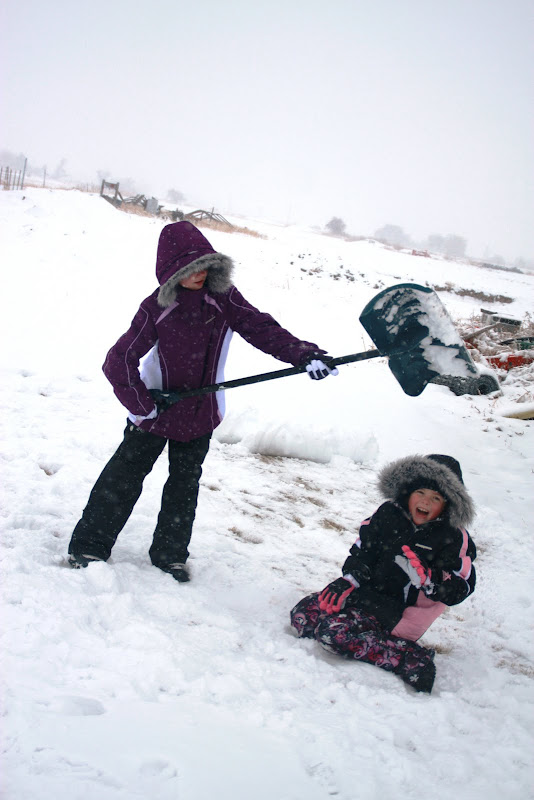 The main important thing was that they came in warm and dry. Just like they went out. Mission accomplished. 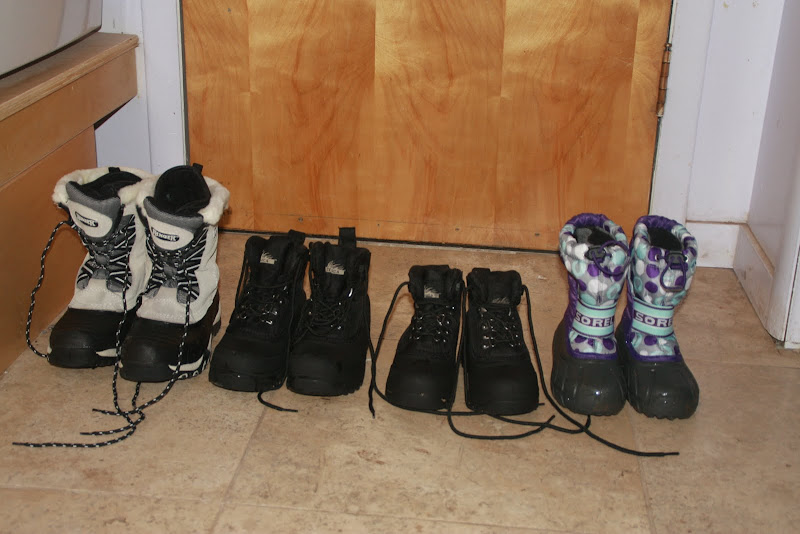 Grandma and Grandpa Smith this year sent up money for their snow boots for Christmas. So even though they won't be wrapped and under the tree, they will get plenty of use out of them since the snow is still coming down.
Posted by amy k at 5:35 AM 1 comment: 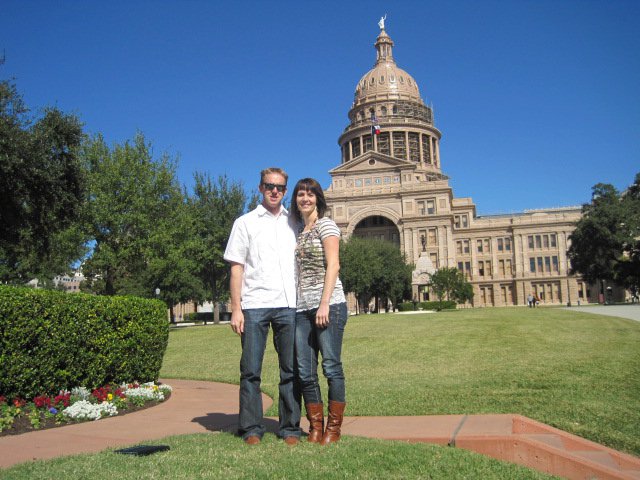 Last week, Jacob and I were flown down to Austin and spent four GREAT days in Austin. Jacob had an interview with National Instruments. We loved the trip....especially the sunshine. This was our first real trip without any of our kids. 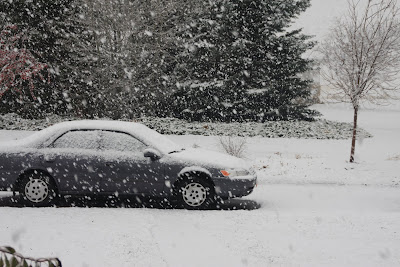 This weekend, it all came down. Snow that is. There is still more to come.....along with some very cold temperatures in a couple days. Doesn't Austin look better and better?
Posted by amy k at 12:34 AM No comments:

The new color is in. 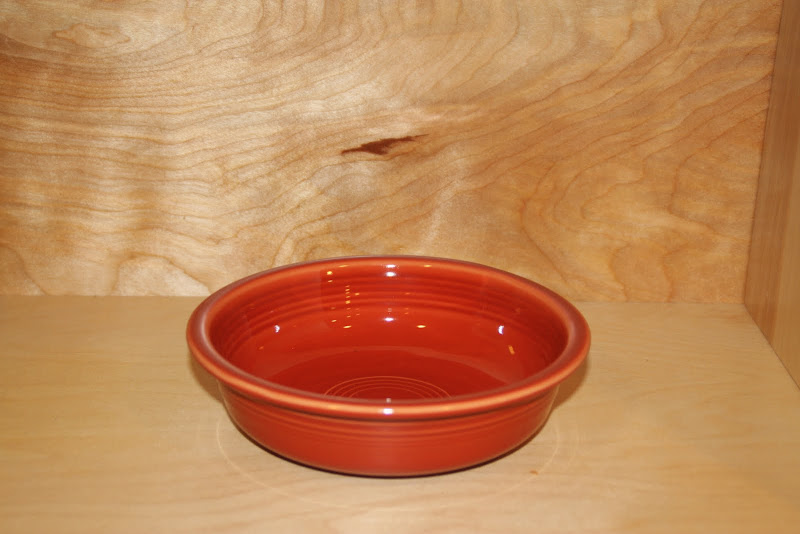 It's the color of my couch. 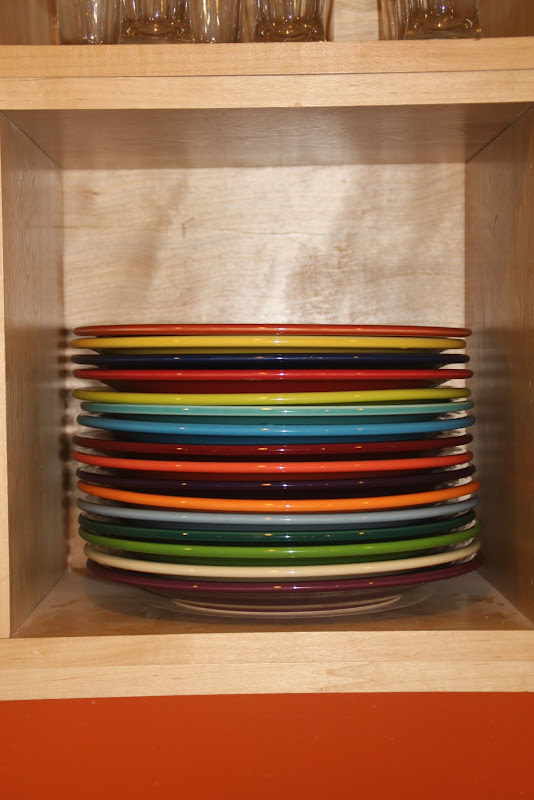 Now that you are scared out of your wits that I'm actually blogging........ Here is our first "nice" Halloween. 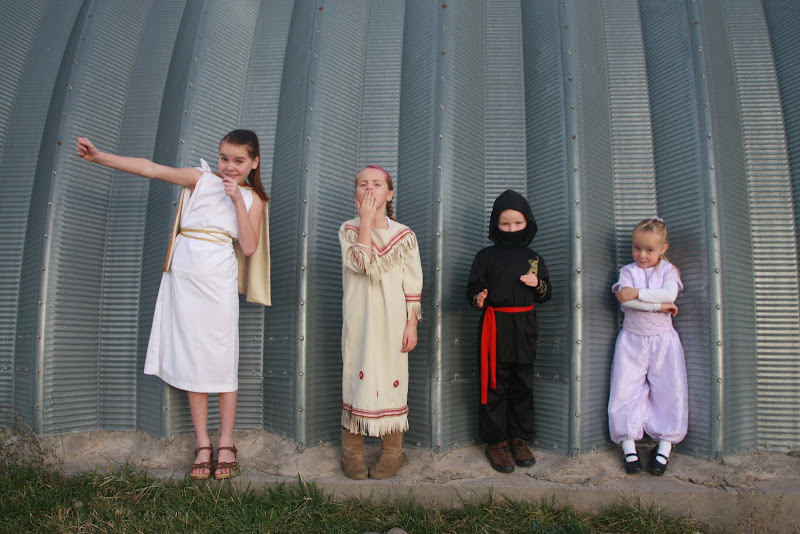 This year it was 44 degrees and it wasn't raining/snowing/or windy. It's the best weathered Halloween we have had in the 7 years we have lived here. 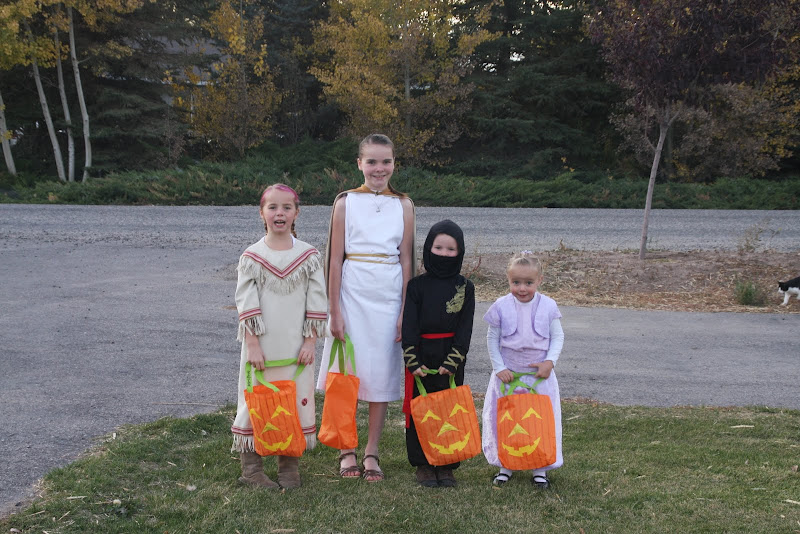 We took them trick or treating and made it to 19 houses in an hour and forty five minutes. That's what you get when you live out in the country.
Posted by amy k at 11:43 PM 3 comments: